Born Nov. 21, 1948, in Dover, he was the son of  the late Lewis Virgil Cross and Oneta Jean Roby Cross.  In addition to his parents, he was preceded in death by  a sister, Terri L. Seran.

Lewis retired as a cutoff machine operator from the Timken Company in Canton, OH, after 30 years of service. He was a U.S. Air Force veteran who served his country honorably in the Viet Nam War.

He and his family traveled extensively over the years, having made many trips to his favorite destination at Walt Disney World in Florida. He possessed the skills to repair virtually anything, but was particularly fond of performing auto body repairs. Lewis also was an excellent cook. He treasured his family, as much of his time and effort was spent looking after and caring for them. He was a loving husband, father, grandfather, brother and uncle who will be missed by his family.

He is survived by  his wife, Betty G. Everetts Cross, whom he married Oct. 19, 1973; a daughter, Angela Cross of New Philadelphia; two sons, Lewis V. (Kim) Cross, III of Dellroy, and Paul S. Walters of Dimondale, MI; a sister, Mrs. Cheri (Mike) Laco of Sherrodsville; and his five grandchildren Cassidy Walters and Sophie Walters, both of Eaton Rapids, MI, Brynne Cross of Atlanta, GA, and Gavin Cross and Torryn Cross, both of Dellroy.

No formal public services are planned. Interment of his ashes will follow at a later date in the Leavittsville Cemetery, where private committal services will be observed. Baxter-Gardner Funeral Home at Sherrodsville is handling arrangements. To leave an online condolence, visit www.baxtergardner.com. 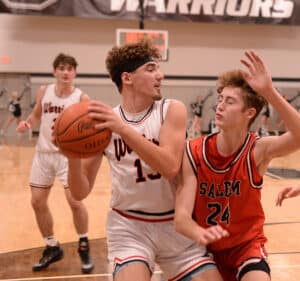