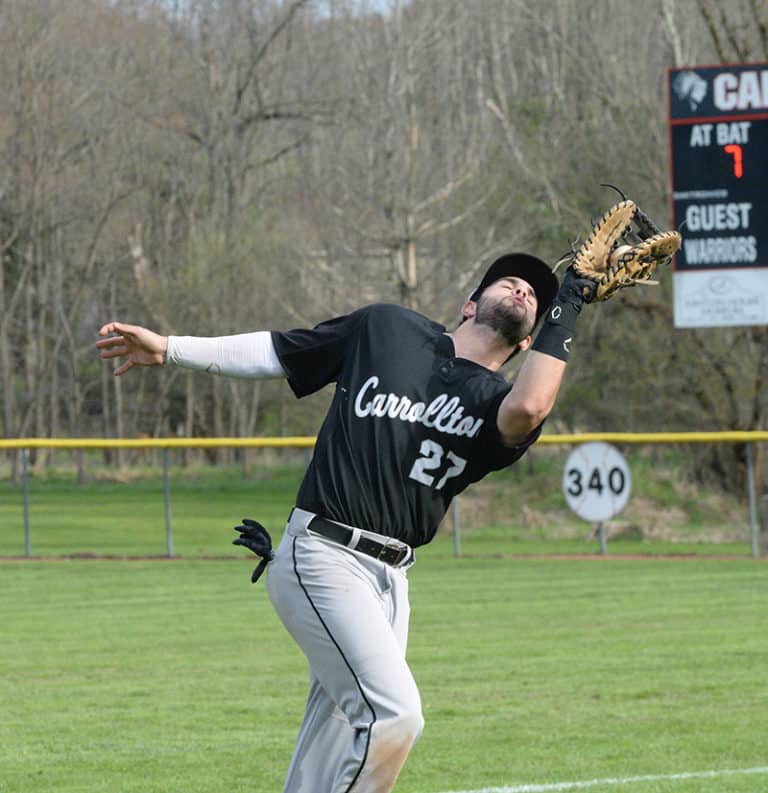 ﻿Cayden Rininger and Jimmy Little combined for a two-hit shutout of United Local to begin a busy weekend of baseball for the Carrollton Warriors. The host Warriors scored three runs in the first inning, four in the second and six in the third behind a strong pitching and hitting effort. 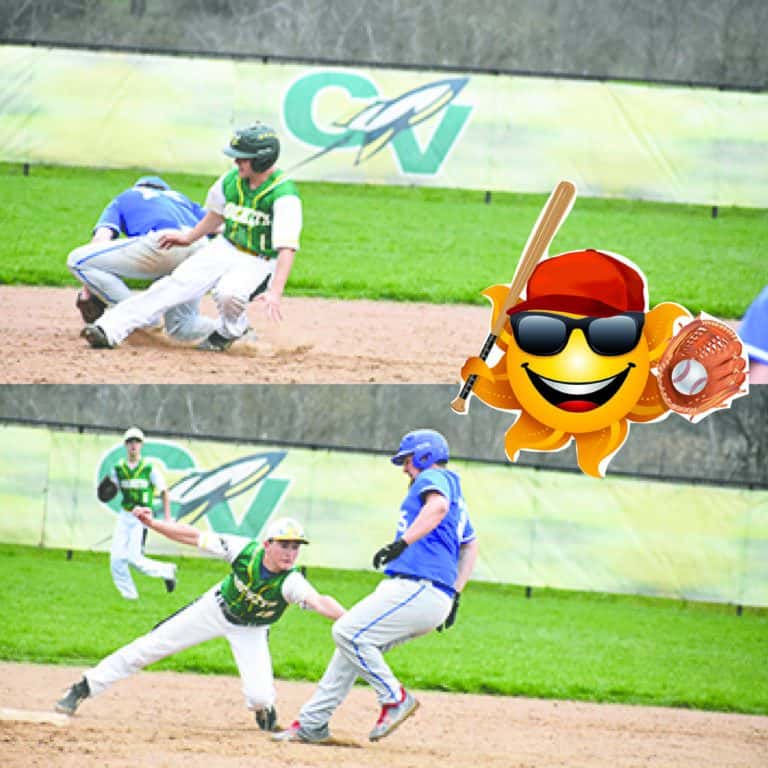 ﻿The Conotton Valley Rockets hosted Buckeye Trail in an Inter Valley Conference (IVC) and Ohio Valley Athletic Conference (OVAC) contest April 13 and fell 16-4.  The Warriors took a 6-0 lead in the first inning, scored two in the third and fifth innings and finished with six runs in the 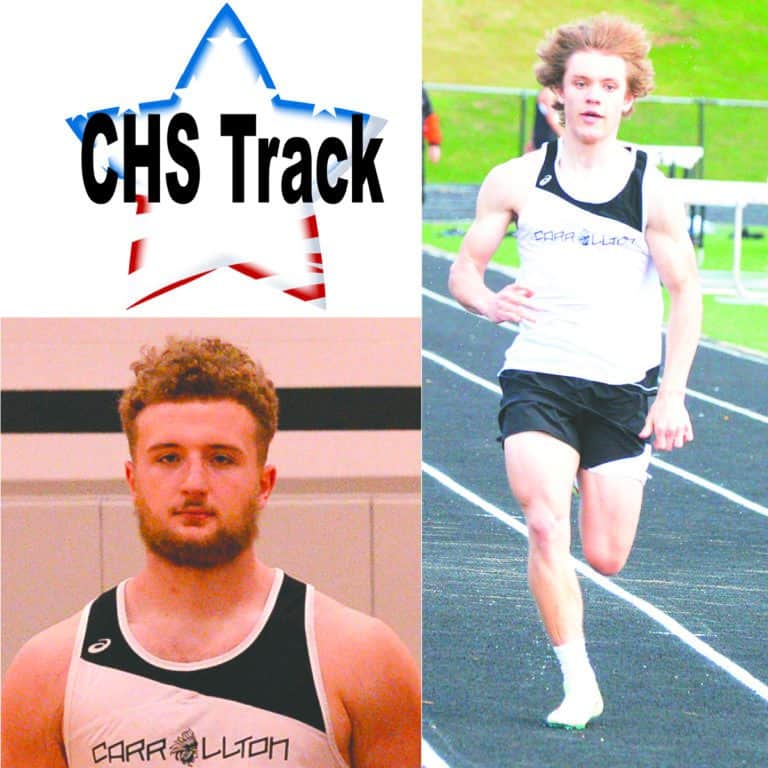 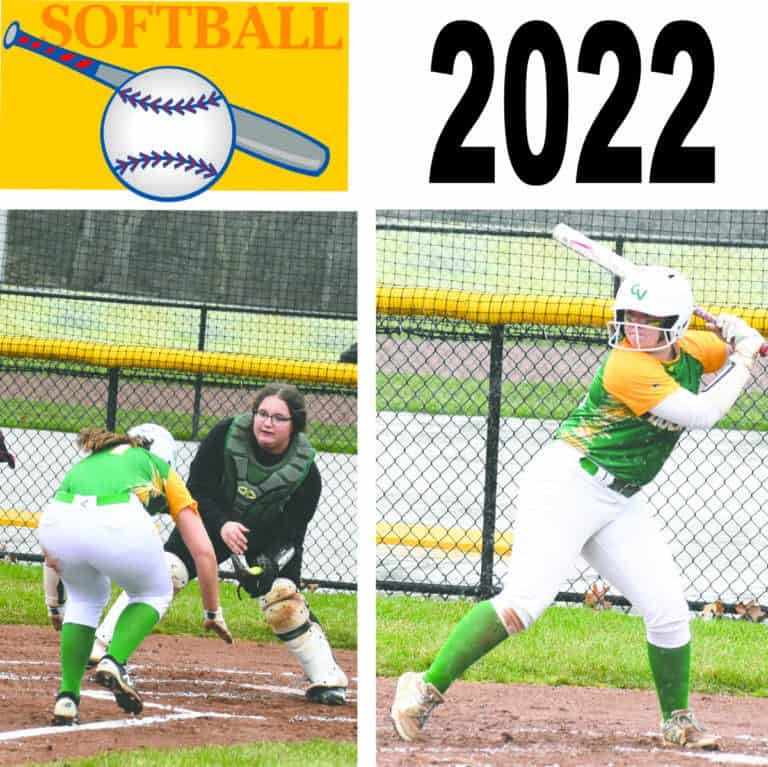 ﻿In a muddy, rainy game April 5, the Lady Rockets defeated the Malvern Hornets 11-0 at home in a cross-county Inter Valley Conference contest. The Lady Rockets came out strong, taking a 6-0 lead in the first inning, one run in the second and four in the third inning.  “Masy 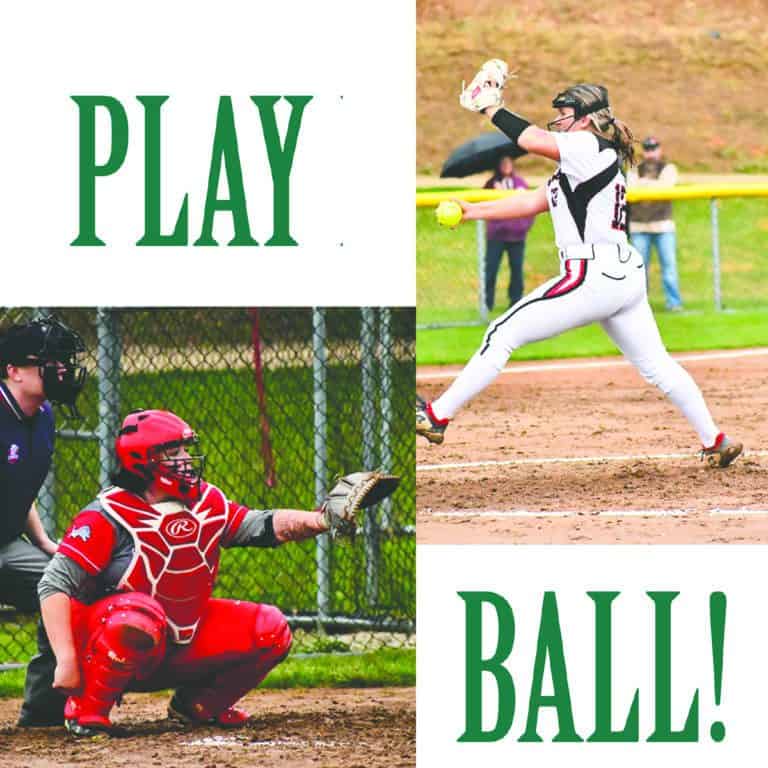 ﻿Minerva capitalized on six Carrollton errors  and outhit their hosts 8-6 to defeat the Warriors 11-5 at the Field of Dreams April 6. The Lions plated five runs in the top of the first inning. Carrollton pulled to within two runs in the third inning by scoring three runs. The Lions 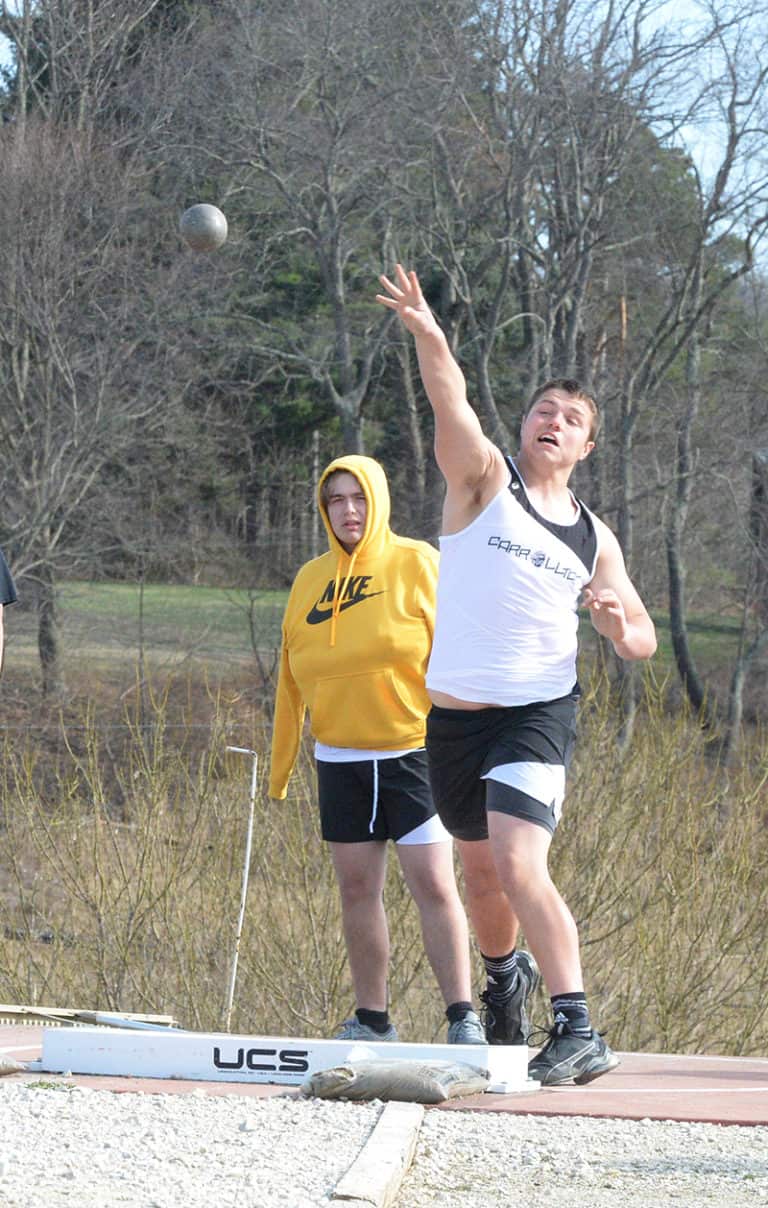 ﻿By Carol McIntire Editor Carrollton opened the 2022 track season March 29 on a new eight-lane track at Community Field and a much-improved view of the finish line. When the track was installed in the summer of 2021, the finish line was moved from the south side of the track 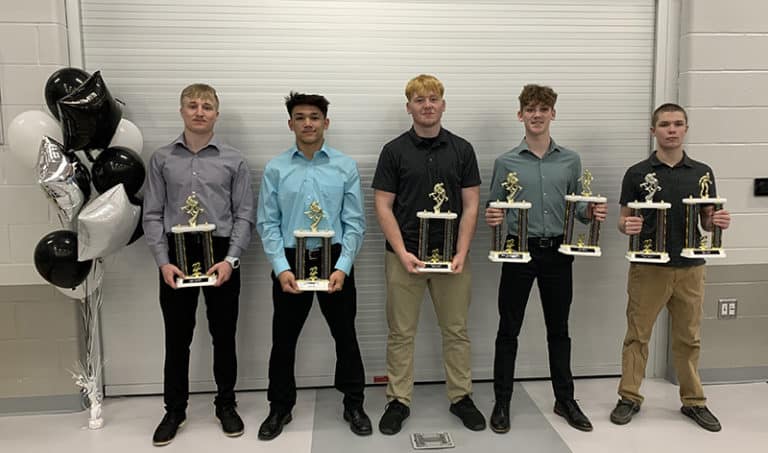 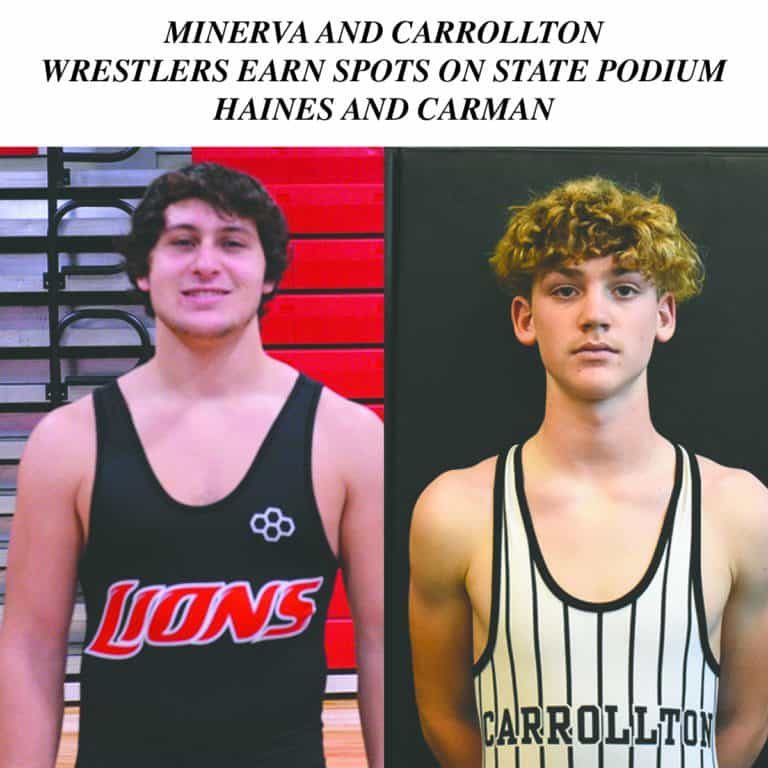 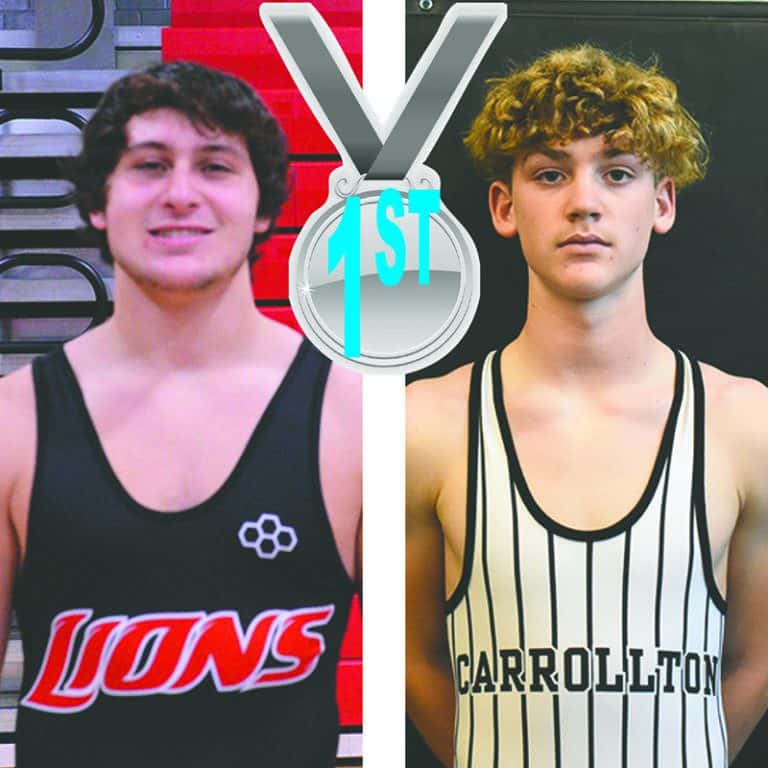 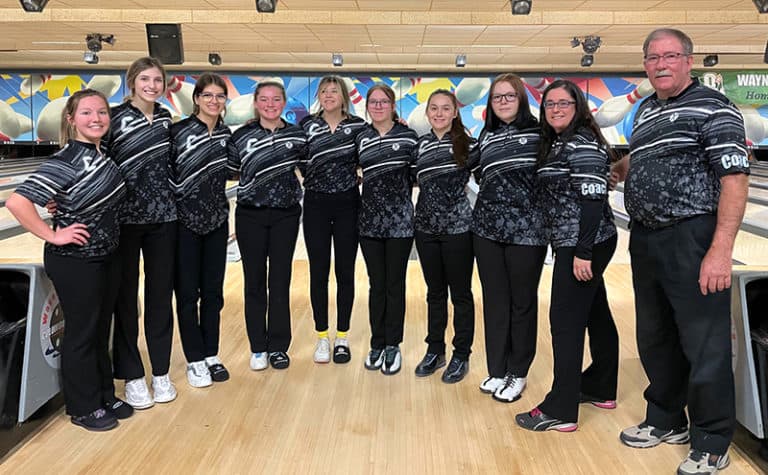 Warriors advance to title round, place 8th at state tournament

﻿By Carol McIntire Editor Carrollton was one of eight teams to advance to the championship round of the Division II girls state bowling tournament March 5 at Wayne Webb’s Columbus Bowl only to run into the top qualifying team – Napoleon – in the first round.  Coach Wendy Russell’s Warriors 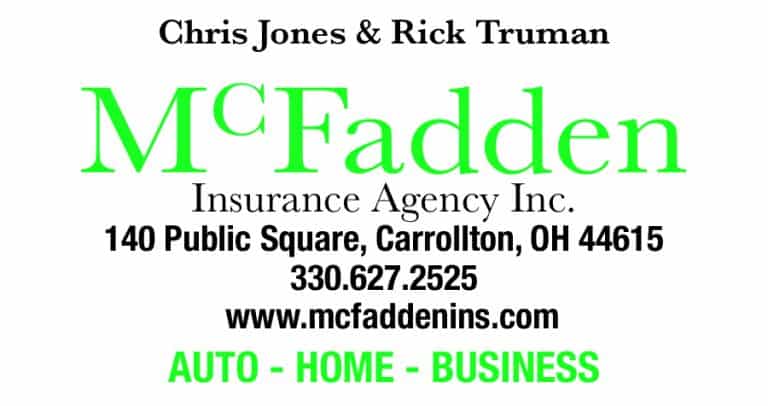 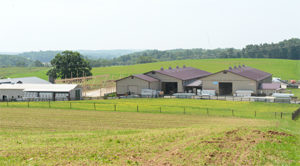 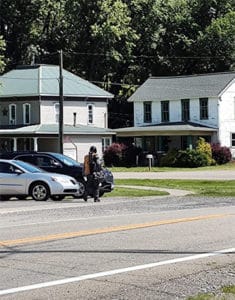 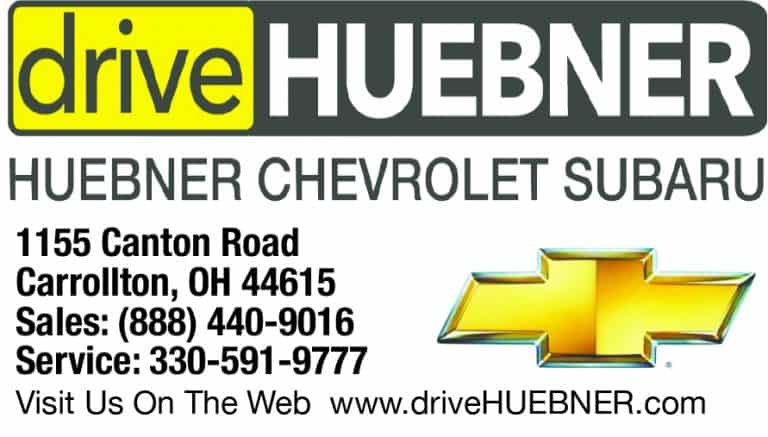 Looking for a specific article? Search below.