A Dellroy woman involved in a traffic crash Sept. 8 in Carroll County, died last week of injuries she sustained in the crash. Sergeant Gary Wolfe of the New Philadelphia Post of the Ohio State Highway Patrol, said Angela K. Bowie, 48, of Dellroy died Sept. 15 in Aultman Hospital, where was transported following the crash, which occurred at the intersection of SR 43 and SR 171. A highway improvement

The historic Van Horne building sits at the corner of West Main and North Lisbon Sts. in Carrollton exactly as it did when construction was completed in 1827.It is an elegantly simple building that has witnessed countless changes to the landscape and makeup of Carrolton. It has been home to simple shops and elegant balls and has been both the center of local culture and at times has sat abandoned 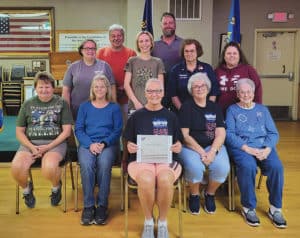 V.F.W. Fighting McCook Post 3301 Auxiliary and President Tammy Newbold received the State of Ohio V.F.W. Auxiliary Award, the highest honors for the state of Ohio.Awards were presented at the 2022 convention held in Sandusky.There are 200 auxiliaries in the state of Ohio and out of that five receive outstanding president awards, five receive runner-up presidential awards, and President Tammy Newbold received the top honor.Auxiliaries are required to complete all

By Carol McIntireEditorIn 1978, Conotton Valley Football Coach Don Hertler was a sophomore at North Canton Hoover High School. His junior varsity coach was Dick Gross.Friday, Gross, who retired from coaching in 2011, was on the sidelines watching his former player lead his Rockets to a 42-18 win over the previously once-beaten Bridgeport Bulldogs.“When Don was a sophomore our quarterback was Todd Blackledge: ever heard that name?” Gross asked leaning 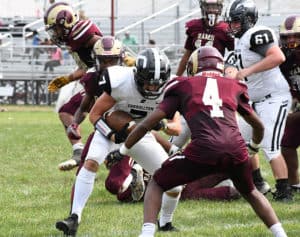 By Carol McIntireEditorCarrollton turned two early Garfield fumbles into touchdowns and cruised to a 49-18 non-conference win in a rare Saturday afternoon game at Akron Sept. 17.A quick touchdown by junior Ryan Kiko after the visiting Warriors pounced on a Rams fumble on the second play of the game and a one yard score by senior Ben Zinda on a third-and-13 play on Garfield’s next possession gave the Warriors a 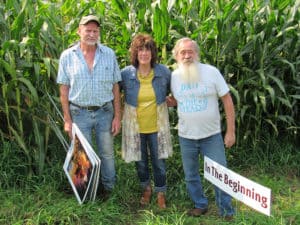 The Perrysville Church is hosting The Amazing Grace Maze on the following Saturdays, Sept. 24, Oct. 8 and Oct. 22, 4-7 p.m. A community wiener roast will be held Sunday, Oct. 30, 4-5:30 p.m.The maze has eight rooms and goes from the book of Genesis to Revelations.“Last year we did not have corn and had to use cardboard,” said Pastor Dixie Hendricks. “This year we planted an actual corn maze.”Those 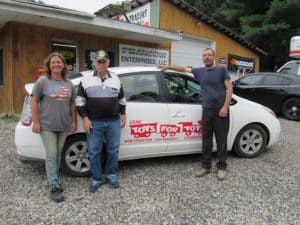 By Thomas ClapperReporterChester and Shannan Francois of Francois Enterprises, LLC. surprised Toys For Tots Coordinator and Marine Bob Stratton of Sherrodsville with a free makeover of his Toys For Tots car.Stratton lost his business, Lincolns and Things, his cars and Toys For Tots toys to a fire on Dec. 6, 2021. Approximately 8,000 toys for the Tuscarawas County Toys for Tots program were lost in the fire.Mechanically Stratton’s car could

Main St. to be closed for RR track repair next week