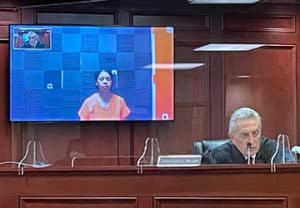 Bond set at $1 million for Audrey Jean Branch in shooting death of Matthew Mott By Carol McIntire, Editor A Mechanicstown man is dead and his girlfriend is in the Carroll County Jail, charged with his murder. Bond was set at $1 million cash for Audrey Jean Branch (who is also known as Audrey Cole), 34, of 6344 Arbor Rd. NE, Mechanicstown, during a video hearing this afternoon before Judge 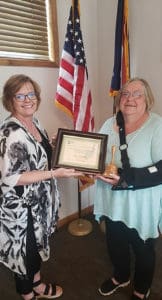 ﻿Ohio’s Appalachia Country (OAC) presented Amy Rutledge, former Carroll County Convention and Visitors Bureau executive director, the 2020 OAC Champion Award April 14 during the quarterly meeting. The award was presented in appreciation of Rutledge’s extraordinary efforts, and significant and long-term contribution to the organization as well as the travel and tourism industry in Appalachia Ohio. She will now be recognized as an OAC Honorary Member. Honorary membership is offered

﻿The Lady Rockets won the Ohio Valley Athletic Conference (OVAC) championship May 1 shutting out the number one seed Weirton Madonna 11-0. Conotton scored four in the first inning with three of those from a triple by Delaney Peters. The Lady Rockets put up 11 hits in the contest to shut out Madonna. Masyn Baker had a big game for the Rockets with two home runs, one of which came 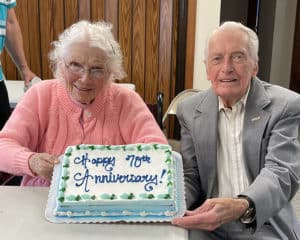 John, Jeanine Moody say becoming Christians changed their lives ﻿By Carol McIntire Editor When a young soldier, who took a year of French in college, met a young French woman in 1950, it sparked a love story that has spanned 70 years. The young soldier, John Moody of Carrollton, and the young French woman, Jeanine Dulac of Chambersburg, PA., met when both attended an event at the officers’ club of

﻿The Homestead Rendezvous, a homesteading, small farm and agricultural field day, is being held May 15 on the Bergholz Firehall grounds in Bergholz from 9 a.m. – 4 p.m. The field day is geared to small land owners and those interested in becoming more self-sufficient and supporting the local economy. Agricultural businesses, homesteaders and small farmers will be on-site to sell their products, promote their businesses and meet customers. A 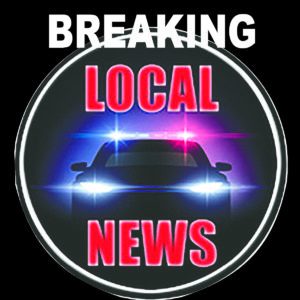 Carroll County Sheriff Dale R. Williams confirmed a fatal shooting occurred last night in the Mechanicstown area. The Bureau of Criminal Investigations (BCI) is leading the investigation. Williams said no other details are being released due to notification of family members. Follow the Messenger for updates as they become available.

See the 2020 Fall Sports Preview this week in The Messenger.